A Filipina nun has just died in Spain because of the deadly coronavirus disease or the so-called COVID-19.

The nun, who worked in India, is Maria Gratia Balagot. She died at the age of 71.

The news was first announced by ABS-CBN, saying it was confirmed by the nun’s Benedictine congregation.

While she was working as a superior missionary in India, Balagot went to Spain in an aim to renew her Visa that is about to expire.

It was March 22 when Balagot was rushed to a hospital because of pneumonia. She was then transferred to the ICU. Later on, the Filipina nun tested positive for the said disease.

Prior to her death, she got the chance to talk with her two brothers who are presently living in Barcelona through a phone call.

The brothers said they are deeply saddened that they could not be beside their sister before she died because of the virus. However, her brother Randy has promised that they are going to give their sister the proper burial as soon as the lockdown and restriction get lifted.

Balagot is a native of La Union. Apart from being the first president of Samahan ng mga Migranteng Pilipino sa Barcelona (SMPB), the nun also served as a religion teacher, catechist.

There is no denying that the disease has affected quite a few people across the globe, and, this disease chooses no one. In fact, even clergy, celebrities, and politicians are not exempt from contracting the said disease.

As such, everyone was advised to stay indoors as much as possible.

What can you say about this news? 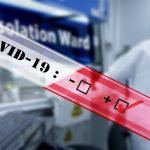