A 16-year-old Iloilo high school student was one of the awardees at the 2019 Intel International Science and Engineering Fair (ISEF) for her discovered potential anti-diabetic components in the aratiles fruit (Muntingia calabura).

Maria Isabel Layson was recognized by the ISEF for her study “Bioactive Component, Antioxidant Activity, and Antidiabetic Properties of Muntingia calabura Linn. An In Vitro Study.”

“I studied the Aratiles fruit or Sarisa to address diabetes. The conclusion of this study is that, all of the plant parts of the Sarisa fruit contains anti-oxidants, which could help because of its anti-diabetic properties,” she said in her native tounge in an interview with RMN Iloilo.

In a report by ABS-CBN, Layson said her research found bioactive compounds like anthocyanin, flavonoid, and polyphenol in the aratiles. These components may be useful as a cure for diabetes.

“Actually, the results of the study on muntingia calabura or the sarisa, it does contain anti-diabetic properties and it is very rich in antioxidants,” she said.

Although she did not win in the competition, Layson said she was honored for representing the country in the international fair.

“I didn’t join the competition for fame. I joined this research competition because I wanted to address the problem of diabetes and how my research of aratiles could help solve that,” she said.

According to the Department of Health, diabetes is the deadliest disease in the country, with millions afflicted due to lifestyle and genetic factors. Reports said that the Philippines has seen an increase in diabetes affliction, with the forecast placing the estimate at 7.8 million diabetic Filipinos by 2030.

Aratiles abundantly grows anywhere in the Philippines. It is known in other countries as Jamaican Cherry, Panama Berry, Singapore Cherry, to name a few. 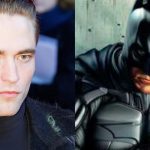 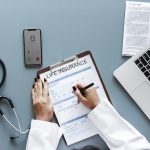