A Filipina nurse in the United Kingdom has been given an award by no other than Prince Charles, the heir apparent to the British throne and the eldest son of Queen Elizabeth II, for treating victims of a terrorist attack in London.

Nurse at the Royal London Hospital since 2002, Joy Ongcachuy, was among the recipients of the Office of the British Empire Award in Britain’s New Year’s Honours list 2019. The award, which aims to recognize the nurse’s dedication and contribution in the society, was given in the Buckingham Palace.

Photos shared by CDODev shows off that Prince Charles personally gave the OBE medallion to the Pinay nurse. She was among the three individuals who were given the said award.

“It is a proud moment for all Filipinos to have someone like Joy recognised in the Order of the British Empire Awards,” said Ambassador Antonio M. Lagdameo. “Joy’s courage, passion, and dedication to serve and care for her patients is truly an inspiring and heartwarming example.” (Embassy of Philippines in London)

Back on June 3, 2017, a terrorist was reported to plough into a crowd using his car. He further stabbed some people on the London Bridge. During the said attack, James McMullan, a Filipino British, was among the killed individuals.

“I was working the night shift that night and I heard the anaesthetist’s bleep go off,” said Ongcachuy. “We already had a really sick patient in one of our theatres, so I had to get our other theatres ready and pull a team of nurses, allied health professionals, and operating department practitioners together.”

The nurse went on saying that during the time, they opened an additional six theatres and that anyone she called dropped everything they were doing to help the patients.

She recalled that no one was panicking during that night.

“Everyone was calm and so supportive,” she said.

Ongcachuy is among the Lead Robotic Nurses in the Royal London Hospital. It is worth noting that she started her career as a nurse in the said hospital as a scrub nurse back in 2002.

Ongcachuys is a native of Talisay, Misamis Oriental. 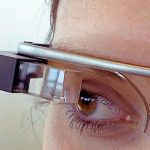 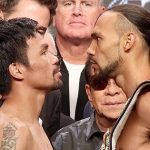