Manila, Philippines – News of the “mysterious virus” from China, which is then called the Novel Coronavirus (2019-nCoV), has been spreading, and lots of countries have either suspected or a few confirmed cases of patients with the said virus. News of the virus first came about in the middle of January and was said to be different from other diseases such as the Severe Acute Respiratory Syndrome or SARS.

The Department of Health is aware of the situation during that time, and travelers going into the country are closely monitored in airports and seaports, but one confirmed case has been announced by the DOH.

On January 30, 2020, from an article posted by Rappler, the Department of Health has confirmed of one patient having the Coronavirus here in the Philippines. The said person is a 38-year-old woman who came from Wuhan, China, via Hong Kong. She came into the country on January 21, and was admitted to a government hospital on January 25. She went to Cebu and Dumaguete during her stay in the country.

Samples from her, along with five others, were sent to the Victorian Infectious Disease Reference Laboratory in Australia for analysis, and the five others were tested negative of the virus.

Currently, there are 29 patients that are still under observation:

The Department of Health strongly encourages the public to practice proper hygiene by washing hands and if need be, to cough into the crook of the elbow to prevent further panic from others. 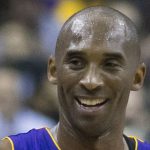 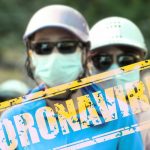