Taiwan has just made history after its lawmakers have approved a bill that legalizes same-sex marriage. This has made the country the first in Asia to pass such marriage legislation.

The law has been passed today, May 17, which falls on the International Day Against Homophobia, Transphobia, and Biphobia.

It can be remembered that almost two years ago, the Constitutional Court of Taiwan ruled that excluding same-sex couples from marriage was not constitutional. During the time, it decided that there’s a need to pass a law that allows same-sex marriage by May 24, 2019. The Legislature Yuan of Taiwan made same-sex marriage a reality just a week prior to the set deadline.

According to Xiaogang Wei, Beijing Gender Health Education Institute’s head, the passing of the said bill is deemed a historic one, especially to the LGBTQ rights movement worldwide.

“It will have a very positive impact on China’s LGBT community, offering us a lot of hope,” said Wei in an interview with CNN.

He added that the new law in Taiwan, which he said “shares a cultural tradition with us,” is a proof that the Chinese culture is progressive, open, and diverse.

Tsai Ing-wen, the President of Taiwan, has also provided a statement with regard to the bill’s passing through a Twitter post, saying Taiwan has made a big step toward “true equality,” and this, according to him, has made “Taiwan a better country.”

Not so long ago, ruler of Brunei Sultan Hassanal Bolkiah announced that he will impose death penalty by stoning to those individuals who will be convicted of gay sex. The pronouncement has made headlines across the globe.

It is interesting to note that the new bill in Taiwan has an effectivity date of May 24.

Also see: Daughter of a Chinese Tourist Poop on a Public Place in SM Mall of Asia 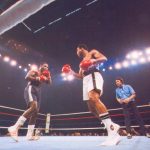 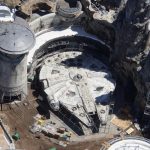