How to maximize your Galaxy A50

Social media is all about sharing moments with the world, whether it’s through photos of someone’s everyday life or vlogs of their most memorable experiences. For this generation of tech-savvy individuals, the right smartphone opens a plethora of real-time possibilities. The Samsung Galaxy A50 lets its users go live and connect all over the globe.

Here are five things users can do with the Galaxy A50:

The Galaxy A50 is powered by an all-around triple camera to make content creation better and more exciting. The 25MP Main Camera is built to take beautiful shots, whether it’s a food flat lay or an action shot at the beach. It’s also the smartphone to launch a vlog. With its 123° Ultra-Wide Video lens, Slow-mo and Hyperlapse features, users have the tools to capture and create captivating content to share with their followers, wherever they are in the world.

Portraits get an upgrade with the 5MP Live Focus Camera to blur the background for a bokeh shot. Selfies are improved and further enhanced by the 25MP Front Camera lens and fun AR emojis.

The Galaxy A50 is the perfect smartphone for traveling. Its 8MP Ultra-Wide lens can capture panoramic travel photos without any interruptions, while the F1.7 aperture guarantees clear photos, even at night. The device is also the perfect companion when users want to virtually bring friends to their trip via live videos.

Users can better express their passions and ideas with the Galaxy A50’s 20 different settings in the Scene Optimizer feature. Whether they’re taking photos of food, their pets, or urban architecture, shots automatically get optimum levels of brightness, saturation, and more.

The Galaxy A50 is the perfect smartphone to view other people’s content because of its Infinity U Display. It comes in a sleek edge-to-edge 6.4” Super AMOLED screen to watch scenes as they were shot or filmed. Users won’t have to worry about power since the smartphone is powered by a long-lasting 4,000 mAh battery and fast-charging technology.

The Galaxy A50 is available at any Samsung-authorized store nationwide and online partners Abenson, Argomall, Lazada, Memo Express, and Shopee, with a suggested retail price of PHP 17,990.

To know more about the Samsung Galaxy A50, visit samsung.com/ph.

Also read: 10 reasons why the next generation SAMSUNG Galaxy S10 should be everyone’s next phone 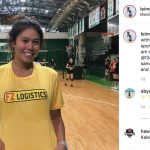 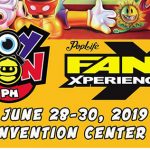