Gapan City, Philippines — The Local Government Unit of Gapan City in Nueva Ecija has announced it is going to provide ulam and vegetables to families who are affected by the deadly COVID-19 / coronavirus.

This is on top of the sacks of rice on every household in Gapan that were distributed recently, according to Gapan Mayor Emerson Pascual.

The LGU also gave out whole and live chickens to the residents in the midst of the community quarantine because of the virus.

As such, the act of generosity and kindness was well-received by the constituents of the said local government unit. In fact, the news has since become viral.

In the meantime, Mayor Emeng Pascual said they will also give out vegetables and dishes so that the residents will steer clear of going out from their houses.

He has a request though for the national government — that they will give COVID-19 test kits in a bid to check which of the residents have contracted the disease. This is so they can take immediate action in order to contain the said virus.

“Para lahat ng PUM ay masala na namin kung sino ang mga dapat naming ibukod para hindi na kumalat,” he said, adding that it so they are not going to infect other people who are currently residing in the city.

So, what can you say about this news? Feel free to share it with your family and friends. 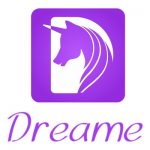