Manila, Philippines – Gary Valenciano is one of the most renown person in the local show business scene. As a singer-songwriter, musician, actor, and TV host, he has done almost everything. The songs that he made are ones that can’t be easily forgotten, but was thoughtfully written.

His struggles in life are also things that he doesn’t deny. It is known that he has Type-1 Diabetes and has been fighting it for the longest time. With that, he has promoted several wellness products that can help people with a condition similar to his.

On May 6, 2018, he underwent a bypass procedure after finding out that a branch off of his left coronary artery suddenly was blocked due to his Diabetes. The operation was successful and he was released afterwards.

After the bypass procedure, it was suddenly discovered that Gary V. had cancer in his right kidney. June 13, 2018, only a few weeks after his heart operation, he underwent another operation to remove it.

More than a year later, through a post in Instagram, he wanted to share some good news regarding his current condition. The post was in a video format, where his entire message is played in it.

He said that during his annual check up, it was seen that he is finally free of cancer.

Mr. Valenciano is very grateful for his family, his doctors, his fans, and those who had prayed for his sake. He also said that God remained faithful to him throughout his struggles and to finish his post, he simply said, “God is good.” 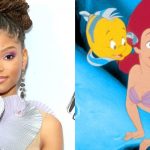 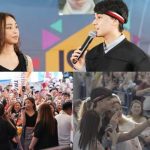