The romance started in Japan while shooting their movie

Lo’s “Deep Penetration Agent” or DPA told the veteran columnist that when Julia’s dad Dennis Padilla asked Gerald point blank “Are you courting my daughter?” the actor was man enough to say “Yes.”

But in an interview with Bea Alonzo in ABS-CBN News, Bea said she and Gerald are not formally broke up.

“To my understanding, we did not break up. He just started not talking to me,” Bea said.

Funfare’s DPA also said that the relationship of Gerald and Julia began in their shooting their Black Sheep movie in Japan.

“It’s summer love and it began to bloom amidst the ephemeral Sakura (Cherry Blossoms). Obviously, after the shoot, the two stars didn’t bid each other sayonara even as the sakura gently vanished as if into thin air,” the DPA said.

Julia and former boyfriend Joshua Garcia revealed last month that they broke up but their friendship remained the same as they have an upcoming movie “Block Z.”

Speculations on Julia and Gerald romance started two weeks ago as Bea posted a cryptic message to her Instagram post about cheating.

Bea also liked an Instagram post of a netizen showing Bea’s boyfriend hanging out with his “Between Maybe” co-star Julia at a birthday party of Rayver Cruz.

Gretchen and Claudine Barretto, Julia’s aunts, showed support to Bea even sending flowers to the actress.

Meanwhile, Gerald and Julia still haven’t addressed the issue surrounding the controversy while Joshua said he’s happy now with her life and a new love team partner in the personality of Janella Salvador. 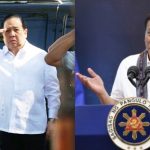 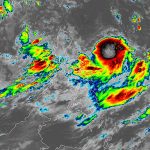