Manila, Philippines – The Pasig River is probably the most famous river in the country. It connects Laguna de Bay to Manila Bay. Numerous bridges cross the river and the Malacañang Palace, home of the President of the Philippines, is situated beside it as well.

In the old days, people would have their houses set beside the river but as time moved on, factories became set beside it and it became neglected. It went to a point that it was declared to be a “dead zone” because of the pollution and that it cannot sustain any animal life anymore.

In a recent Facebook post from a page by PRRC Executive Director Jose Antonio Goitia, he shared pictures from anglers that caught what probably is one of the largest catches from the river in recent times.

The picture showed a huge catfish that was supposedly caught near Guadalupe and it was said to weigh between 10 to 18 kilograms.

Goitia still gave a warning that it might still not be safe to eat fish that was caught from the river, but aside from that, there were also other stories that said they were able to catch tilapia from the river as well. He takes it as a good sign that the efforts that people were putting in restoring the river’s life is working, and he hopes that they can make the river live again with more species of fish. 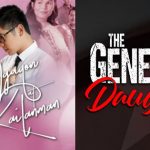 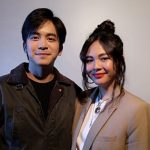