In the middle of May, Professor Marcelo suffered a stroke, and passed away. During the time that he was in the hospital, Buboy would be seen outside the faculty room everyday, waiting for his friend to arrive. Colleagues of Professor Marcelo then got together and they brought Buboy to his wake. News and photos of Buboy became viral, and people started calling him “Hachiko of the Philippines,” after the dog in Japan that was famous for waiting everyday for his master at a train station for nine years.

It was then sad that on the morning of June 12, 2019, Animal Kingdom Foundation made a Facebook post to say that Buboy has passed away as well.

In the said post, they said that Buboy was run over by a vehicle in the morning. Volunteers tried to help him even when it was supposed to be a holiday, but he unfortunately died on the spot.

In the same post, the Animal Kingdom Foundation said what happened to Buboy shows how people would usually treat askals, or dogs with no proper breeds, and that they deserve to be taken care of like any other animal. They also urged all motorists to hit the brakes for all kinds of animals that they may come across.

In an update on the same post, they say teachers witnessed Buboy follow a guard that just got off of his shift and for some reason he reached the highway, and that is where tragedy struck. They said Buboy doesn’t usually go to that place, and the school will be opening their own investigation as to what happened.

“Run free, Buboy,” is the final message of everyone that learned of the news, and some said that he and Professor Marcelo will be together again now.

Also read: Students from California Found A Smart And Funny Way To Discourage People From Feeding Their Overweight Campus Cat 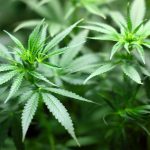