Hidilyn Diaz made a historic win after bagging a gold medal by topping the women’s 55kg weightlifting division Monday at the Tokyo International Forum in Japan.

Diaz cleared an Olympic record of 127kg in her last attempt at clean and jerk to bring her total to 224, edging out China’s Liao Qiuyun by 1kg for the win.

Hidilyn Francisco Diaz, born February 20, 1991, is a Filipino weightlifter and airwoman. She competed in the 2008 Summer Olympics, where she was the youngest competitor in the women’s 58-kg category.

She was a bronze medalist in the 2007 SEA Games in Thailand and achieved 10th place at the 2006 Asian Games in the 53-kilogram class.

And while a student of the Universidad de Zamboanga representing her university, she won two golds and one silver in the Asian Youth/Junior Weightlifting Championship held in Jeonju, South Korea.

Also read: The Philippine Flag Changed Into a Samurai Warrior for Tokyo 2020 Olympics. 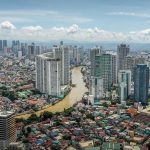 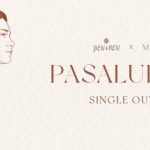