A lot of Filipinos are still honest in this day and age. In fact, an Honest Aeta Janitress from the Clark International Airport has been praised recently because of returning an envelope that contains $1,000.

Grace Laxamana found the said amount on the second floor on one of the gang chairs at the international departure area while she was on duty at 2:50 PM on July 14.

The envelope, according to the CIA, was left behind by a departing passenger.

According to news, Laxamana, 42 years old, first thought the money was not real. She then turned over the money to Raymund Salazar, an airport operations officer. The officer then verified that the money was real.

He said the money is owned by Valle Teves.

Jaime Melo, the President, and CEO of Clark International Airport Corp. said that the company is very proud of what the utility worker did.

“Her honesty is even more apparent since what she found was an untraceable envelope,” he said. “Her good deed is truly worthy of emulation by all airport employees.”

Melo further said that the CIAC assures its passengers of the strict policy to immediately turn over or return items that are abandoned or lost to the rightful owners.

As a form of recognition to the janitress, the CIAC President and CEO handed over a certificate of commendation on July 18.

Back in 2017, it was reported that Clark Airport were recommended by travelers as among the Top 25 Best Airports in Asia.

It was alongside international airports in Mactan-Cebu, Iloilo, and Davao.

The airports were deemed one of the best airports for Overall Experience.

Indeed, a lot of Filipino employees from different companies have been commended because of their honesty.

What can you say about this news? Sound off in the comments section below. 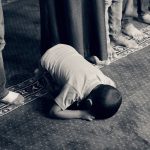 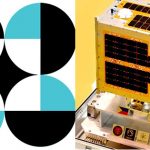