Howie Severino revealed that he is the COVID-19 patient 2828 in the Philippines.

He told the revelation through a feature article that was published on GMA News Online.

Good news is that, he also said that he has now fully recovered from the said deadly disease.

“After nine days in the hospital, a bout of pneumonia and a major scare, I think I can now be called a COVID-19 survivor,” said Severino in his article.

In his feature article, he mentioned a slew of things that he has extracted from his own experience in battling COVID-19. Among these messages include being transparent of one’s health condition, attaining mental balance in the midst of the disease, and that getting COVID-19 is not a “death sentence.” Moreover, he also mentioned how frontliners should be treated as today’s heroes. On top of that, he also gave out some tips on how to keep the so-called social connection in spite of the distancing.

He also mentioned in his post how he is willing to donate antibodies in his blood in an effort to help other patients who wish to fully recover from the infection.

“I’ll be glad to donate this accidental gift,” he said. “It’s a small price for all survivors to pay for the chance to see the sun again.”

Further, he said he holds gratitude to the medical team who took care of him during the entire confinement.

Those people who wish to check out his personal experience of the disease should watch the Kapuso program i-Witness this coming April 18, Saturday.

The documentary is going to feature the highlights during his confinement at a hospital through the help of a nurse who became interested in creating documentaries. 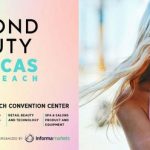 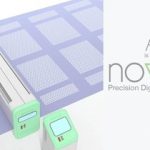