New stories that involve medicine and the human body can happen every day. There can be miraculous discoveries and there can be some that has a sad ending. There are also stories that can baffle a person’s mind, as with what happened recently in Bangladesh. Just like this baby born with a tail in Bangladesh.

In a report from Dhaka Tribune, a baby girl was born on May 30, 2019, in Noakhali, Bangladesh, and then it was discovered that she had a tail.

It was reported that this is the first time in Bangladesh’s recorded history that this happened. The baby was the second child of an Arabian expatriate and his wife, who is a local.

Dr. Nazrul Islam Akash, a pediatric doctor of Bangabandhu Sheikh Mujib Medical University (BSMMU), has examined the baby and said she wasn’t in any immediate danger.

After doing a few tests, they saw that the tail had no nerves nor bone and was not connected to the spinal cord. He was able to perform surgery at Al-Karim General Hospital to successfully remove the tail.

The tail was measured and it reached up to 16 centimeters. Dr. Nazrul Akash explained further that though it is an unusual case, it is a known medical condition. He also said, “Human tails are of two kinds: pseudo tail and true tail. It was a true tail, like appendages (extension of skin like a nail). It is not harmful to the body.”

There had only been around close to 40 documented cases of a human baby born with a tail in the world. During development, the human embryo would show that they would have a tail, but it is usually absorbed by the body afterwards.

In rare cases, the tail can be small enough that it is left as it is, but like what happened here, it is removed as it can impede movement including sitting. 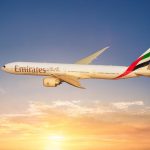 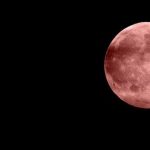