Larry Casinao, an Ilonggo artist who uses a street in Jaro, Iloilo as his outdoor gallery, has been the talk of the town in different social media as he showcased his paintings on the sidewalk to raise funds for his wife’s kidney transplant.

A certain Sal Molinos first posted the photos and videos of Casinao and his artworks on street. He said he saw the artist on his way home.

“It’s sad to see a local artist not having a proper venue to showcase his art and talent. Lolo, as seen in the picture, is still painting his masterpiece at the sidewalk. I hope he gets the recognition he deserves because he puts so much passion to his work,” he said.

“I hope we could really help him by supporting his art because I had a small talk with him and he said that his wife is undergoing dialysis twice a week. If you know someone who is willing to extend help and buy his masterpieces, don’t hesitate to message him in his FB account. Let’s make things possible for sir Larry!” he added.

Since then, the post has been viral on Facebook even reaching Kapuso actress Heart Evangelista as she posted on her Twitter where she could find Casinao.

In another post, Molinos said that Casinao was reprimanded by the authorities because it is causing inconvenience to the public due to the art display.

However, in a post by Daily Guardian on its Facebook page, Casinao has now a new place to sell his artworks.

“Visual Artist Larry Casinao, whose pictures went viral last week after selling his artwork on a sidewalk near Jaro Plaza, is provided a better avenue to sell his paintings in Festive Walk Iloilo,” the Facebook page said. 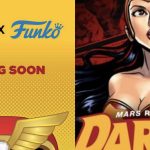 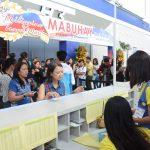