A former scavenger who graduated on top of her class and has gained a scholarship from a university in Australia has recently made headlines across the globe.

She is Sophy Ron, a native of Phnom Penh in Cambodia. Back when she was a child, she used to live with her family in the garbage dump as a scavenger. Instead of going to school, this scavenger girl worked all day long looking for things that she could sell to recyclers in exchange of money.

This was her way of life — this was the life of many people living in their place in an effort to earn money so they could have food to put into their hungry stomachs.

Not until the Cambodian Children’s Fund (CCF) entered the picture. During the time, she was 11 years old. The CCF aimed to reach out to children in such kind of situation. The main purpose was to help children working and living at the garbage dump go to school and enjoy a decent life.

It is interesting to note that despite the fact that she has never tried entering any school during the time, she was still motivated to catch up on her lessons.

What is noteworthy is that, through the help of CCF, the girl managed to go to school and soared high as she graduated as the Valedictorian of her class.

Just recently, she delivered her speech in front of the large crowd at Trinity College. And, yes, everyone was impressed.

She is poised to study at the University of Melbourne. She received a full scholarship. Very impressive!

At any rate, this story of the girl who lived in a garbage dump as a scavenger graduated on top of her class, and earned a scholarship at one of the top universities in Australia is indeed very inspiring.

She is undeniably a good role model to anyone. She is someone that many people, especially teenagers, should emulate. Good job, Sophy!

Let us know your comments about this story.

Also read: 75-Year-Old Grandfather Goes Back to School To Finish His Studies 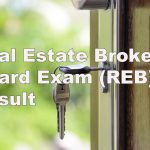