The well-renowned UFC star Conor McGregor is also popular in the media as having a rough behavior. This is the reason why quite a few individuals hate him. Recently, however, he has proven that he, indeed, has a good heart.

He revealed via his Instagram account that he is currently building houses for several homeless families in Dublin, Ireland.

Judging from his uploaded photos, it seems that he has visited and talked with the workers of the construction site, checking on the progress of the project. He also met with some of the local residents in the area.

“Back on the site today, it has been a while. This is my first property development,” writes the UFC star on his account.

He says on his post that the eight homes he is currently building are closing in on the finish. He describes the houses as having three bedrooms, specifically built to those who are living in the City without a home to call their own.

“But not for long,” he says. “Through the storm comes the sun!”

He further says that knowing that there will be families to live in the buildings, building back their lives and creating their own memories, really gives him such great pride.

Of course, such a great project has gained him praises from a lot of social media users across the globe. They say this act from McGregor is a big help in the midst of worsening homelessness crisis in Dublin.

It can be remembered that McGregor “retired” for a second time a few months ago. However, he has reversed his decision and he is poised to make a comeback to UFC in the succeeding months. 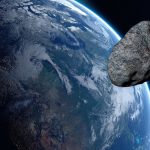 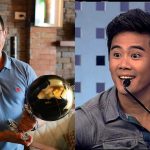