With all the new phones coming out this year from companies like Samsung, Huawei, and such, Apple is not backing down with their own offering, and they have just revealed their new line of phones, which is the iPhone 11 series.

Apple held their Apple Special Event on September 10, 2019, and this is when they revealed their new phone models, which are the iPhone 11, 11 Pro, and 11 Pro Max. These models are set to the the successor of last year’s iPhone XR, and they have a lot of new features to offer.

You can buy the iPhone 11 with either a purple, white, yellow, green, black, or red color, and they all have a glass back. They feature a lightning connector and it doesn’t have a 3.5mm headphone port. It has a 6.1 inch liquid retina display, and the front of the phone still closely resembles the iPhone XR.

What makes the new iPhone stand out would be their camera features. It has two camera lenses which both has 12 megapixels, but one has a 26mm lens, while the other has an ultra-wide lens with a 120 degree field of view. When taking pictures, the camera app will let you see a preview of how the image will look like through the ultra-wide lens even when you are just trying to use the 26mm lens and you can switch from one lens to the other with a swipe action. A “night mode” is also available which will get enabled automatically, and they are introducing the “slofies,” which is a feature that allows the user to take a slow-motion video through the front camera.

The iPhone 11 Pro and 11 Pro Max are made from a single piece of glass and uses a surgical-grade stainless steel as the body, and will have OLED displays.

The 11 Pro series has three camera lenses which, when used together, offers a 4x optical zoom. There will also be an update soon, to add what is called the “Deep Fusion” processing system. This allows the phone to take up to 9 photos, 8 of which are taken before the user takes the actual picture, and puts them all together in order to create a detailed image.

All of the new iPhone models will be using their new A13 Bionic processor, which is said to be the most efficient processor made by Apple. This also gives the new iPhone 11 Pro Max up to 5 more hours of battery life compared to previous models.

Along with the announcement of the new phones, Apple also announced the new iPad, with has a 10.2 inch display and will retail at around $329. They also showed the new Apple Watch 5, which now has the Always-On Retina Display, which will keep the display on all the time. It will feature a variable refresh rate and it is still said to have an 18 hour battery life. 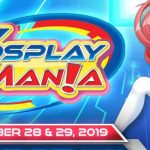 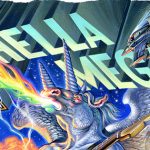