BEIJING, July 15, 2020 /PRNewswire/ — iQIYI Inc. (NASDAQ: IQ) ("iQIYI" or the "Company"), an innovative market-leading online entertainment service in China, jointly announced with GIANT PICTURES and Filmko Film that Double World (the "Film"), an action-adventure fantasy film, which is adapted from the popular online game of the same name, will premier on iQIYI’s platform on July 24 for its China’s Mainland release.

Double World, a fantasy epic featuring astounding visual effects, will be the fifth with the largest budget new movie iQIYI has made available through its premium video on demand (PVOD) mode. iQIYI users in China’s Mainland can view the film via the iQIYI app before its formal theatrical release. Online ticket presales for the PVOD mode of the film will start on July 17.

With a production budget of approximately RMB 300 million yuan, the Film’s script was refined over the course of four years and special effects comprise 80% of the runtime. The Zhengtu game franchise has a history of 15 years, and is embedded in the memories of a generation of players. The production crew teamed up with More VFX, the team behind the special effects for The Wandering Earth, and spent two years on the whole special effects process, from character creation to final production.

Familiar to many gamers, the film’s major settings, including Phoenix City, Qingyuan Village and the Valley of the King of the Beasts, were meticulously modeled and rendered by the team, who also redesigned all mannerism and appearances of monsters in the film, down to behavioral ticks and hair texture.

To make the home-viewing experience closer to that of movie theaters, iQIYI cooperated with multiple TV manufacturers to build a home version of the Dolby Vision and Dolby Atmos specifically for Double World. The film’s trailer is produced in 4K at 60 frames per second, as part of the efforts to transport viewers into an authentic Zhengtu world.

Though movie theatres remain shut, audiences are still clamoring to watch blockbusters. "This is a timely release as 2020 celebrates the 15th anniversary of the Zhengtu game. The Internet provides a fantastic avenue for Double World, an adaption of an online game, to reach audiences during this special period." said Zhang Amu of GIANT PICTURES. "iQIYI’s partnership model provides us with a way to reach users and recoup our investment and the platform has drawn on its wealth of technical, co-marketing and streaming experience to make it a reality. We hope viewers enjoy this sincere work."

In the past six months, iQIYI’s cooperation model with film producers to stream movies through the PVOD service has progressed consistently. "We intend to introduce more excellent films through this win-win model for producers, audiences and our platform," Song Jia, General Manager of iQIYI Film Center said. "Since the COVID-19 outbreak, viewers haven’t seen any newly released films featuring powerful and stunning visual effects. Double World fills this void, providing a new movie-viewing experience to our users."

According to the latest data from Hub Entertainment Research, PVOD mode is growing in popularity among young consumers, with over 60% of respondents (ages 18-34) saying they would consider paying for new releases. iQIYI officially launched in January its PVOD mode for new films coming to movie theaters. On February 1, action-comedy film Enter the Fat Dragon premiered through this mode, followed by Knockout, Spring Tide and the Oscar-winning Marriage Story. 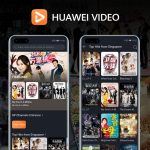 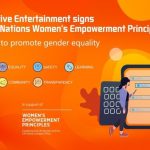