BEIJING, April 13, 2020 /PRNewswire/ — iQIYI, Inc. (NASDAQ: IQ) ("iQIYI" or the "Company"), an innovative market-leading online entertainment service in China, recently released Winter Begonia (the "Show"), an iQIYI original romance drama series which has become a hit sensation on the iQIYI platform in China and is made available to global audiences simultaneously. The Show follows a romance, set between the 1920s and 1940s in China, which revolves around the art of Peking Opera. It is the latest drama of iQIYI’s that showcases traditional Chinese culture following the successful release of Story of Yanxi Palace. 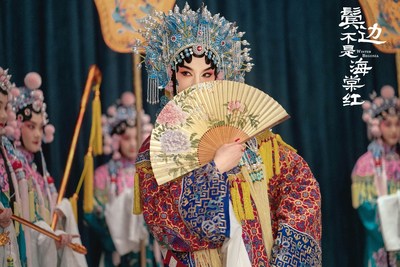 iQIYI has been striving to offer easy access and a more immersive viewing experience for audiences through using the latest technology and tapping into its platform ecosystem. While users watch the Show, they can access a customized encyclopedic feature that iQIYI created for the Show, allowing them to click on the pop-up banners or bullet subtitles to learn about Peking Opera-related knowledge. Statistics show that by the day after the Show’s release, the encyclopedic pop-up feature had been used over one million times, with a lot of users providing positive feedbacks on the feature. In addition, iQIYI’s AI Radar Qiguan technology has also been applied in the streaming of the Show. Users can use the one-click AI Radar Qiguan function to instantly identify the background music or learn about the actor’s lines through the interlinked NetEase Cloud Music mini app and Baidu Encyclopedia mini app.

Moreover, iQIYI has also rolled out a talk show with a Chinese Peking Opera theme titled Wang Peiyu Peking Opera Show, which is hosted by the famous Peking Opera artist Wang Peiyu. The talk show will elaborate on the operatic repertoire, showcase the performers’ personalities and the stories in Winter Begonia, helping users to better appreciate the beauty and charm of Peking Opera.

Serving as an opportunity for iQIYI to innovatively showcase traditional Chinese culture, the Show presents audiences with dozens of classic repertoires from the Peking Opera and Kun Opera such as the "Longevity Hall" and "Hundred Flowers Pavilion", as well as some original numbers created for the Show. To ensure that audiences are delivered top-tier performances, iQIYI invited the famous Peking Opera performance artist Bi Guyun to be the Show’s advisor and his disciples Yin Jun and Mou Yuandi to join the production crew, helping present the performance and styling of Peking Opera in an authentic and professional way. Through its technology capacities and entertainment ecosystem, iQIYI is committed to enhancing its content and to creating deep connections between users and its content as part of its efforts to promote traditional Chinese culture among young people.

iQIYI has been serving as a platform for global audiences to experience and learn about Chinese culture through its drama series, variety shows, movies, animation and literature. On top of drama series such as Story of Yanxi Palace and Winter Begonia that promote Kun Opera and Peking Opera respectively, iQIYI has also released other hit drama series such as The Golden Eyes, Love and Destiny, Sword Dynasty that also showcase traditional and classical Chinese culture.