Warner Bros confirmed the news, Robert Pattinson is the next Batman

English actor Robert Pattinson has officially been chosen to become the next Batman.

In a report by international media Variety, Warner Bros. has closed a deal for the “Twilight” actor to play the Caped Crusader in “The Batman.”

Reports said that the Matt Reeves’ superhero movie will hit the theaters on June 25, 2021 and pre-production on the Warner Bros.-DC Comics film is expected to start this summer while there is no official start date has been set for filming “The Batman.”

Affleck starred as Batman in two films directed by Zack Snyder: 2016’s “Batman v Superman: Dawn of Justice” and 2017’s “Justice League.” However, the movies had mixed reactions from critics and the public.

Apart from the Batman movie, Robert Pattinson is also in the Christopher Nolan’s latest film, “Tenet,” set to open July 17, 2020. He also casted in “The Lighthouse,” which premiered at the Cannes Film Festival, and appeared in Claire Denis’ “High Life,” “The King” for Netflix and “Waiting for the Barbarians.”

Robert Pattinson rose to fame playing Edward Cullen in the hit movie series “Twilight” paired with Kristen Stewart’s Bella Swan. Based on the four novels by American author Stephenie Meyer, the movie series has grossed over $3.3 billion in worldwide receipts.

Pattinson started as a model in his early age of 12 years old. He played Cedric Diggory in “Harry Potter and the Goblet of Fire.” For this role, he was named as “British Star of Tomorrow” by The Times and had more than once been hailed as “the next Jude Law.” 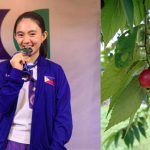