LAS VEGAS, NEVADA, October 8, 2021,  – Globally famous hip-hop dance crew Jabbawockeez just surprised fast-rising P-Pop group BGYO by posting a video on their Instagram, TikTok, and Twitter accounts dancing to the BGYO’s hit song, “The Baddest”.  Just 5 days ago, BGYO members talked about being inspired by the Jabbawockeez when they were growing up during an exclusive interview with Myx Global, the biggest global platform that celebrates the next generation of Filipino artists.

Watch the interview here: MYX Global on Instagram: “@BGYO_ph answers YOUR fan-submitted questions about being inspired by groups like the @jabbawockeez, upcoming #1MXDubai & #OneDream…”

And catch the video by Jabbawockeez dancing to BGYO’s “The Baddest” here:  https://bit.ly/2YshEoa

BGYO (pronounced as B-G-Y-O), formerly known as Star Hunt Academy Boys or SHA Boys, is a five-member Filipino boy group that began forming in 2018 by ABS-CBN Star Hunt Academy and debuted in 2021 under Star Magic. The quintet—composed of Akira, Gelo, JL, Mikki, and Nate—co-writes several of their output.

Their lyrics often focused on social issues relevant to the young generation, hope, youth empowerment, and self-love. The group’s debut single “The Light” was released on January 29, 2021, accompanied by a music video and online concert. They are the first Filipino act charted at number one and the fifth Filipino artist to appear on the weekly Billboard Next Big Sound chart.

And get to know the exciting latest updates on BGYO here: https://news.abs-cbn.com/entertainment/10/07/21/bgyo-releases-debut-album-music-video-for-3rd-single 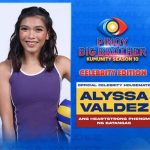 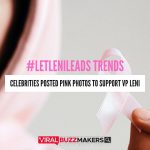