Manila, Philippines — One of the most popular couples in the Philippine ShowBiz Industry was recently trending on social media due to rumored break up. Jadine officially became a couple on February 11, 2016, when James professed his love to Nadine during their concert JaDine In Love at the Big Dome.

The couple celebrated their third anniversary in February 2019.

James Reid and Nadine Lustre, popularly known as JaDinne have supposedly broken up due to “irreconcilable differences,” according to a report posted by Pep.ph. The shocking news immediately circulated on social media and it immediately went viral on twitter.

Fans are noticing that the couple have not posted a photo of each other since October of 2019 and based on the most recent Instagram post of Nadine, some of the followers take her caption as a hint. On her black-and-white photo, she placed an intriguing caption “For good reason, lost all of my love.”

According to the report posted by Philstar.com, Nadine already left James’ house at Loyola Grand Villas in Quezon City where they lived together for over two years. The report added that Nadine moved to a posh condo unit in Makati.

why is there fake news circulating that jadine broke up, james was just asked last night during an interview where he & nadine will celebrate new year’s eve lol

kindly see pictures for better reference 😜 no picture together does not mean they broke, come up ppl 🙄 pic.twitter.com/8DQH2wnbwU

However, the fans of the celebrity couple denied the breakup rumor on twitter. Some of them posted how the couple welcomed the New Year with their fans at a New Year’s Eve party in Rockwell.

What do you think? Did James Reid and Nadine Lustre break up? 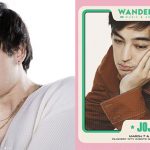 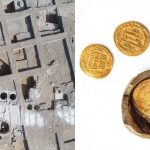