Jake Cuenca reveals relationship status between him and Kylie Versoza

Kapamilya actor Jake Cuenca has revealed the real score between him and Miss International 2016 Kylie Versoza.

In a report by ABS-CBN News, Jake said he and Kylie has been dating for seven months now.

“I do love her. From the bottom of my heart, mahal na mahal ko siya,” Jake said.

However, Jake didn’t say if they are officially a couple because he wanted to admit that when Kylie is around.

“Like I said, if there’s any admission that’s gonna happen, I want to be there by her side too. Or I want us to be together when that happens,” Jake said.

He opened up having a crush on the beauty queen on the first time he saw her but the latter has a relationship back then. Now they are together in the ABS-CBN afternoon series “Los Bastardos.”

Jake said he’s now more matured when it comes to relationship so he knows that she can take care of Kylie.

“I am 31. I am more mature when it comes to relationships. Mas disiplinado ako ngayon. I know na I can take care of her. That’s what I work for every day. I want to deserve her every day,” he said. 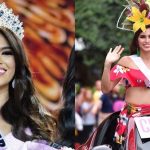 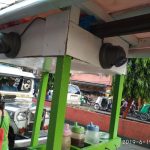