Currently, they also own Red Ribbon, Greenwich Pizza, Chowking, Mang Inasal, just to name a few. Recently, they have announced that they have made their “largest and most multinational” acquisition to date.

From an online article by ABS-CBN News, JFC will be acquiring the coffee brand Coffee Bean & Tea Leaf. They won’t just be owning the rights to the franchise in the Philippines: They’ll be buying the entire US-Based company.

Coffee Bean & Tea Leaf is a coffee company that started in the United States. They specialize in selling blended coffee and tea and has branches throughout 27 countries.

It was disclosed that the initial investment of JFC in acquiring CBTL is $100 million, to which JFC will be paying in cash, but the total acquisition cost is $350 million.

The acquisition was done through the subsidiary of Jollibee Worldwide, Java Ventures LLC (which will become the acquiring entity), and CBTL’s holding company that is located in Singapore.

CBTL currently has 1,189 locations around the world.

JFC has been making moves to try to bring other food brands into the country. They have recently announced their intention to bring Panda Express and PHO24 in, and they currently have a hold over a lot of the food chains locally.

From a small ice cream parlor in Quezon City, Jollibee has went on to become a large company that is currently valued at $5.9 billion.

Let’s see what will happen in the future, but I’m certainly not expecting to see a Yum Burger to be available in any CBTL branch soon. 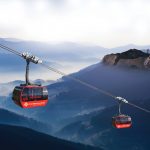 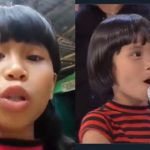