Manila, Philippines – New drama shows are still coming up from ABS-CBN, and all of them are successful. Current shows like Kadenang Ginto and The General’s Daughter are famous for their stories that will leave you wanting more and the cast of characters that are in it.

A new show, The Killer Bride, is coming soon to the channel as well. It will start showing on August 12, 2019, to replace the show Sino ang Maysala?: Mea Culpa. It has Maja Salvador as Camila dela Torre, who is the “killer bride,” and Geoff Eigenmann, who plays Vito dela Cuesta, the man that Camila was supposed to marry.

From an article by ABS-CBN, two additional stars are going to be in the main cast, and it will be their first time to work together: Joshua Garcia and Janelle Salvador.

Joshua became famous for his role in The Good Son and is part of the movie Block Z, while Janelle debuted in the show Please be Careful With My Heart and has been in numerous TV shows.

Janelle will be playing Emma, who said she is possessed by the spirit of the “killer bride,” while Joshua will play Elias, who is the right-hand man of Vito.

The show promises to bring excitement and suspense for every night that you’ll be watching it so watch out on August 12.

Also read: “The General’s Daughter” and “Ngayon at Kailanman” from ABS-CBN to Air in Myanmar 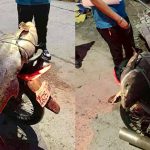 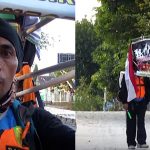