“Start-Up” and “Hometown Cha-Cha-Cha” lead actor Kim Seon Ho vaguely apologize for the abortion rumor last Wednesday. He and his agency Salt Entertainment released an official apology regarding a controversy on pressuring his ex-girlfriend to have an abortion. After the announcement, producers are announcing Kim’s withdrawal from ongoing projects and the latest advertisements.

“Though we were in a relationship with good feelings to each other, I have hurt her with my carelessness and inconsiderate actions. I would like to apologize in person, but I am currently waiting some time to ask forgiveness. I would like to say sorry with this writing.”

“Hello. This is Salt Entertainment. We apologize for causing concern to many with actor Kim Seon Ho’s personal matters. We would like to apologize to all those who were disappointed and troubled by this issue. Once again, we apologize for worrying you with an unpleasant matter.”

This issue emerged after a statement uploaded last October 17, Sunday that an actor “K” was her boyfriend and he had pressured her into coerced abortion. The post went viral on online communities, and it was also the time when the trending Korean series “Hometown Cha-Cha-Cha” bids farewell to its viewer – thus a lot of people guessed that the actor the woman was referring to was Kim.

Because of the controversy, KBS announced on Wednesday that Kim will leave “2 Days & 1 Night” and that the filmed scenes of Kim will be edited out for viewers.”

Film studio R&K, who will be producing the romantic comedy film “2 O’Clock Date,” featuring YoonA and Kim, also confirmed that the actor is stepping down from his role in the film as well.

“There was a time where (Kim Seon Ho) and I truly loved each other. I don’t feel good watching him collapse at the moment due to some of my extreme posts. I received an apology from him, and it seems like there were some misunderstandings between us. I hope that no more false content will be released and no more details about his and my relationship will be reproduced and spread. There is a weight on my mind because this incident seems to have caused a lot of damage to many people. I will take this post down soon” she added. 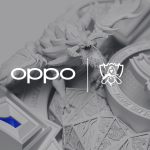 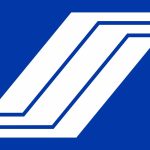