Named Asteroid 1999 KW4 by NASA, this humongous space rocket was discovered 20 years ago. Experts say it will be visible up to May 27.

Minor Planet Center of the Smithsonian Astrophysical Observatory classifies this asteroid as “potentially hazardous.” However, it is said to safely pass by the Earth at around 23:05 UTC.

With regard to its size: It is around 1,300 meters across. Its shape is described as “complex shape” by the Las Cumbres Observatory.

It is interesting to note that it has a mountain ridge at its equator. It looks like a spinning top or a walnut, according to experts.

The asteroid, however, will not be visible to the naked eye, according to Eddie Irizarry, NASA ambassador of the Astronomical Society of the Caribbean. He is encouraging amateur astronomers, though, to spot it as it passes by the planet.

“Its fast speed, combined with the size of this asteroid, will allow amateur astronomers to observe it as it moves in front of the stars,” he said.

You also have to have an eight-inch telescope and bigger for you to be able to get a glimpse of the space rock.

Scientists say that it will again pass by the Earth on May 25, 2036. And, it is noteworthy that it is going to be even closer.

So, let us know your thoughts about this close encounter with a big and possibly “hazardous” asteroid. Help us share this story with your friends and family.

Also read: The History Of Mac OS Versions Since 2001 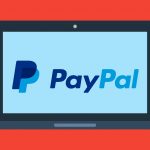 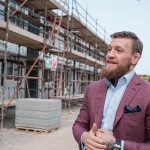