Viewing all the Shortlisted Works of VR Section Shown from Sep. 2 to 12

TAIPEI, Sept. 2, 2020 /PRNewswire/ — This year, Taiwan Creative Content Agency and HTC VIVE ORIGINALS officially collaborate with Venice Film Festival to launch the latter’s VR section this year, VENICE VR EXPANDED, in Taipei. Coinciding with the inauguration of the commercial VR theatre at Ambassador Theatres at the Spring Center in Taipei, shortlisted works of the VR section will be screened at the theatre from September 2 to 12. The inauguration of this commercial VR theatre represents an important landmark of combing the cultural and the commercial, providing comfortable setting and excellent content to the viewers, and actually introducing VR into daily life. 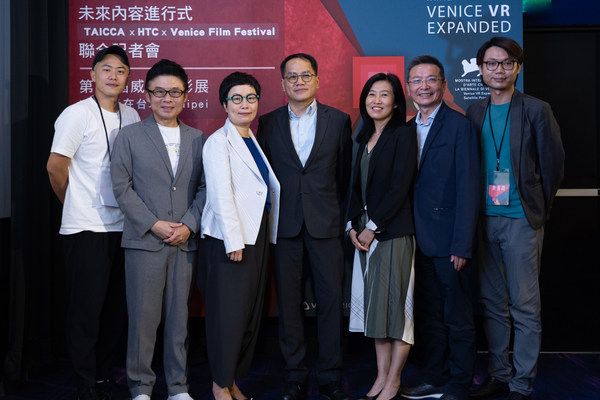 Due to the COVID-19 pandemic, the VR section of the 77th Venice Film Festival this year is titled VENICE VR EXPANDED, and leaves Venice for the first time to connect with 15 iconic cities like Paris and Amsterdam in 13 countries around the globe, creating a satellite network, with all the satellites showcasing the content simultaneously. The joint press conference named "77th Venice Film Festival in Taipei: Future Content in Progress. TAICCA X HTC  X Venice Film Festival" took place today (August 31st) at Ambassador Theatres at the Spring Center in Taipei, jointly opened by Peng Chun-heng (the Deputy Minister of the Ministry of Culture), Ting Hsiao-ching (chair of Taiwan Creative Content Agency), Liu Szu-ming (president of HTC VIVE ORIGINALS), Joe Chang (president of Ambassador Theatres), as well as filmmakers Hsu Chih-yen and Tang Chih-chung whose works are shortlisted in "Out of Competition – Best of VR" and Venice Gap-Financing Market. This year, HTC VIVE ORIGINALS is officially appointed by Venice Film Festival as the exclusive partner from Taiwan. Moreover, curator Liz Rosenthal of the Venice Film Festival highly praised the strong energy in the VR works from Taiwan, "In 2019, we had 4 projects in our selection produced by VIVE ORIGINALS, so alongside our partnership with VIVEPORT,  it’s natural for us work together to bring our selection to Taiwan."

VIVE ORIGINALS, a content brand under HTC VIVE HTC Corporation which pioneers the innovative VR design in the world, was internationally acclaimed in the VR section of the 2019 Venice Film Festival where 5 of its works were shortlisted. This is also the reason for the Venice Film Festival to appoint it as the exclusive partner in Taiwan. VIVE ORIGINALS has built a VR Theatre Management System in 2017, and devotes itself to forging an eco-chain for VR. To integrate VR into life as an indispensable choice of recreation, it opens the first commercial VR theatre with Ambassador Theatres at the Spring Center in Taipei. The VR theatre opens with VENICE VR EXPANDED, the VR section of Venice Film Festival. Liu Szu-ming, the president of HTC VIVE ORIGINALS, said, "the brand has been created for three and a half years, and devoted to integrating a cross-disciplinary industry chain, forging a VR ecosystem, and developing VR Theatre Management System. We’ve been to more than 50 international film festivals, and won great recognition in terms of VR content production and application. This time, we partner with Ambassador Theatres at the Spring Center to build the first commercial VR theatre by combining software and hardware, and further joint VR industry with the commercial domain, starting with the VR section of the Venice Film Festival. In the future, we might also launch different VR content to the audience. The scope of VR is as large as those of movies and games, and we’re willing to try all the possibilities that are cross-disciplinary."

The partner of the commercial VR theatre, Joe Chang, the president of Ambassador Theatres at the Spring Center in Taipei, said, "It is the first and absolutely a brand-new experience to see the content of an international film festival in Taipei, and we believe the period from September 2 to 12 is very important. VR will be a major business model for our theatre in the future. We will continue to collaborate with HTC VIVE ORIGINALS to adjust the patterns of viewing, and build more comfortable and better VR theatres for the viewers."

In the VR section of the 77th Venice Film Festival, Taiwanese works are shortlisted in "VENICE VR EXPANDED_Competition", "Home" by Hsu Chih-yen (nominee for Golden Horse Awards), and Tang Chih-chung from Turn Rhino Original Design Studio who made "The Sick Rose", the world’s first VR frame-by-frame animation and a joint venture with VIVE ORIGINALS. Hsu Chih-yen said "Home" was like a written repentance for him to project missed grandparents love through images; he felt great to move people with the VR story, and said laughingly that his mother already bought two tickets for the VR section of Venice Film Festival, ready to watch "Home" again. Tang Chih-chung, the director of "The Sick Rose", said that frame-by-frame animation combined with VR made the viewers with VR headsets  feel like being among the puppets, and being surrounded by all the feelings, which was exciting and surprising.

The VR section of the 77th Venice Film Festival will be shown in Taipei consecutively for 11 days from September 2 to 12. To fully enjoy the fun of VR, 1000 NTD tickets are available for the audience to choose 100 minutes from the 32 interactive 360 degree works in the VR section from 24 countries, including 20 works selected into "VENICE VR EXPANDED_Competition", 8 shortlisted works in  "Out of Competition – Best of VR", and 4 VR films by trainees of Biennale College Cinema. 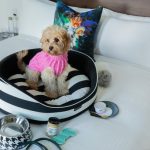 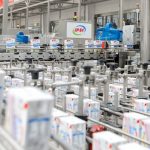