Outer space is regarded as the “final frontier.” Countless science fiction stories has been told regarding how people could travel in space and how people could live in it. For the past decades, NASA and other space agencies has been at the forefront of exploring space, from observing heavenly bodies, up to traveling to it.

Based from an article by Rappler, with the Philippine Space Act to be turned into a law, it is one step forward for the country in regards to space studies. Dr. Rogel Mari Sese, who is the director of the National Space Development Program, is excited with this new development and hopes that space technologies and application can soon become accessible to every Filipino.

Back in 2016 and 2017, Diwata 1 and Diwata 2, both of which are microsatellites that were developed by Filipino researchers, were launched. In addition, Ateneo de Davao University is the first in the country to offer the Bachelor of Science in Aerospace Engineering course.

Students now are also highly encouraged by the Department of Science and Technology to try taking up space studies and they are giving an effort in helping universities and colleges around the country in providing space studies.

Hopefully with this new law, information on outer space is going to be easier to reach for every Filipino in the future.

Also read: Space Technology Is Becoming an Available Course and DOST is Asking Students to Consider It 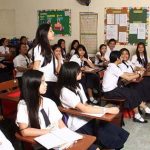 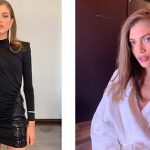