Manila, are you ready for Lee Sung Kyoung’s oozing “swag”?

The “Be Joyful” Lee Sung Kyoung 1st Fanmeet has happened in Manila, specifically at the SM Skydome in SM North EDSA on July 27.

And, everyone was excited about the said PH fan meet. In fact, event actor Alex Diaz of ABS-CBN was excited to post a Tweet with regard to the said visit. Diaz was picked to host the said event at the SM Skydome.

“Swaggg!!!! Annyeong PH Fairies!! I’m just as excited as all of you to be hosting Lee Sung Kyoung’s PH FAN MEET!” he said. “gahhh!! I’ll see you all there!”

Of course, Lee Sung Kyoung’s fans in the Philippines posted comments, showing off their excitement before the event happened last July 27.

“Thank you pooooo what a birthday present!” said Marilyn Banalo.

Apart from being the star at the show “Weightlifting Fairy Kim Book Joo,” the Korean actress also showed off her talent on social media as a singer. As such, the PH fan meet also showcased the singing prowess of the actress.

It can be remembered that even the well-renowned Filipina Broadway Diva and international performer Lea Salonga praised the actress for her cover of the theme song of Aladdin, ” A Whole New World.” Salonga originally sang it in the animated version of the film.

Previously, Lee Sung Kyoung collaborated with quite a few artists. Collaborations include “Last Scene” in 2017 with Psy; “My Lips Like Warm Coffee” in 2016 with Eddy Kim; and “I Love You” in 2013 with The Papers.

Last year, she decided to go solo with her hits “Tomorrow Will be a Better Day,” “I am What I am,” as well as “My Only One Person.”

So, did you happen to meet the well-liked Korean star? How was the experience? Are you also a fan of Lee Sung Kyoung. 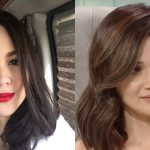 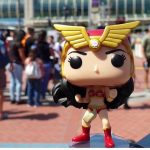