People in this generation would go extreme just to gain fame and followers on social media. Others would share impressive travel photos, underwater photography, consistent filter scheme on Instagram, and funny videos of their pets to gain attention. But there are also who went overboard and played death.

Rooftopping or the feat of climbing high-rise buildings and taking photos in one way of gaining attention on the internet.

In a report by www.telegraph.co.uk, famous Chinese rooftopper films own death at a 62-storey building in the central city of Changsha, November 8. Media reports that the said attempt was to do the £11,000 challenge as he sought to fund his wedding and help lift his family out of poverty.

His girlfriend reportedly called the police on Nov. 9 after he did not return home following the challenge. Unfortunately, Yongning plans to propose to his girlfriend the day after the challenge, said by step-uncle in an interview with the Post.

Wu Yongning is a 26-year old famous rooftopper photographer in China. He has over 1 million followers in his social media accounts for his death-defying stunts and shots with selfie sticks on top of buildings and tall structures. There are almost 300 videos of him tiptoe-ing in scaffoldings which went viral on social media.

It also said that Yongning was a former movie stuntman and that when doing the rooftopping photography sessions, he is climbing the structure without any safety equipment.

Other reports of death while doing this is the 44-year old Rooftopper named Eric Paul Janssen who fell from the 20th floor of a luxury hotel in Chicago. He landed at the 6th-floor rooftop 14 stories below.

Also Read: Daughter of a Chinese Tourist Poop on a Public Place in SM Mall of Asia 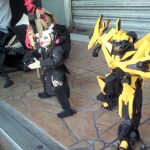 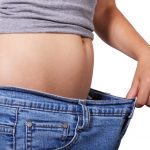