Photos showing off look-alikes of two famous Filipino comedians — Babalu and Redford White — have recently cropped up online, gaining traction from netizens. People can’t believe what they are seeing and thought the comedians have just reincarnated.

Judging from the viral photo, it appears that Babalu’s “twin” is a driver for a soft drinks’ firm. In the meantime, Redford White’s look-alike is a sari-sari vendor.

Let’s check out what Filipino fans are saying about these viral photos.

A few people really believe they have reincarnated.

Some netizens hope that popular TV shows, in the likes of Kapuso Mo, Jessica Soho, and Rated K, are going to feature these two individuals.

Further, some are a bit skeptical about these photos.

In any case, there is a high chance that people are surprisingly likely to have their living doppelganger.

So, what are your thoughts about these viral photos? Do you find these photos interesting as well? Have you also found your look-alike? Share with us your comments. 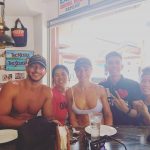 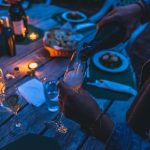