This senior citizen from Iligan City prepares his casket

An 88-year-old man in Iligan City has already prepared his casket at his home and said he is ready to die.

This senior citizen is Luciano Tapic, a resident of Barangay Kiwalan in Iligan City.

According to the article at pna.gov.ph, Tapic asked his brother-in-law to come up with a casket four years ago so that his children will not have a problem the moment he dies.

“I want my children to use this when I die,” he said in an interview. “They can paint it with any color, even black. It’s fine with me. I will make them dream about me when they do not use it.”

Tapic related that he got the idea from her wife Flora, who also prepared her casket years before she died last January this year.

It is worth noting that her wife’s coffin is akin to an airplane that has protruding wings on its sides. She also advised her family not to be buried inside the coffin, but instead be wrapped in white cloth. The airplane-like coffin, however, will only be placed on top of the tomb and will serve as a decoration. Also, she would say that their children should bury her on their farm, which is around 1 kilometer from their house. But, her children did not grant the wishes of their mother, Flora. It is because they bought her another casket, and they place her on a private cemetery.

Luciano’s coffin, in the meantime, looks like a typical one. He said that he is going to get back to his children the moment they are not going to use his prepared coffin “when [the] time comes.”

While other people hold the belief that when one prepares their coffin, then they are going to live longer, he, however, thinks that if it is somebody’s time, “it’s your time.”

Do you think this story is interesting? Share this with your friends. 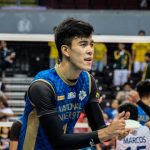 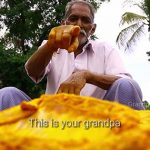