Manila, Philippines — While a lot of students across the globe feel lucky to have their school supplies ready when they go to school, there are some of them that are not so lucky enough.

A young boy named Erlande Monter in the Philippines was discovered by his teacher who is using banana leaves to write down his notes during a class as he could not afford to buy a notebook.

What he did as an alternative is to gather banana leaves so that he could write down notes for his classes.

Monter is a student from the Lianga National Comprehensive School in the Philippines.

His story was shared on Facebook by his teacher Arcilyn Azarcon.

Azarcon shared on her post that she had instructed her students to copy their notes. While checking her students, she found out that Monter was using banana leaves.

Instead of being embarrassed, the students even made a joke that her teacher can check on his notes to ensure he copied properly.

On his notes that Azarcon shared, the student even put in some cute doodles.

As expected, the post of the teacher gained traction from the social media and it went viral, with netizens giving praises to the student for resourcefulness and for not giving up on his studies.

Monter said that he is dreaming of becoming a soldier someday. That is why the student said he wants to get a proper education.

A big salute to Monter who has great determination in getting an education for his future.

Watch this video to learn more about this inspiring student from Surigao, Philippines:

Have you been inspired by this story? You may want to share it with your family and friendsat so they could also be motivated in their life. 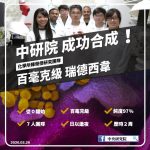 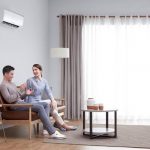