Philippines’ biggest reality game show franchise Pinoy Big Brother reveals its first three celebrities for the upcoming 10th season. This show has propelled the showbiz careers of many of its housemates, including Kim Chiu, James Reid, Maymay Entrata, and some of Kapamilya’s up-and-coming actors.

The Pinoy Big Brother Kumunity Season 10 was announced on Its Showtime last August 27 and has made an exciting announcement that the audition started September 1.

Volleball player Alyssa Valdez is one of the official celebrity housemates of Pinoy Big Brother (PBB) Kumunity Season 10. She was given the moniker “Ang Heartstrong Phenom ng Batangas” and was later revealed that she received a letter from “Big Brother.” See the tweet here.

Valdez represented the Ateneo Lady Eagles in Manila and won the University Athletic Association of the Philippines (UAAP) 1st Conference title twice and other volleyball tournaments. She is also currently in a relationship with Filipino basketball player Kiefer Ravena.

Joining Valdez is a newcomer in the Philippine music industry, KD Estrada. He was given the title of “Wonder Boy ng Paranaque,” and during an interview, when he was asked if he plans to write a song inside the house, the singer answered that he hopes to get inspiration from his fellow housemates. KD is also one of the newest members of The Squad Plus, a group of young and upcoming artists of ABS-CBN. 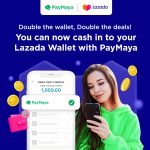 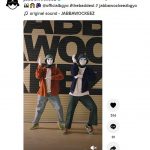