The rainy season has hit the Philippines once again, and with that expected rains almost every day. Within the past few days, there had been tropical depressions that passed by which caused rain to fall throughout the weekend. Monday, July 1, 2019, is no exception.

Isko Moreno, along with other candidates who won the May 13 elections, were able to take their oath-taking on June 30, 2019, and their first day at the office was July 1.

Around 11 AM on July 1, there was a post on the University of the East (UE) Facebook page that announced the suspension of classes, but the post mentioned that it was only for Kinder to Grade 12 classes from 12 noon onwards.

Moreno received reports of the said announcement from UE and he did not take it lightly.

In his statement, the Manila mayor said he is after the welfare of the students in the city of Manila. He asks that the university should follow what the city government has declared.

He also stated that if UE does not follow the city government orders, they can move out of the city, and their permit to operate can be withdrawn.

Shortly after the announcement, the same University of the East (UE) Facebook page made a follow-up post. This time, it started a time stamp of 1 PM, and that all classes for UE Manila and Caloocan will be suspended for the rest of the day.

Hopefully the rains will stop or at least lessen and that we can expect schools and the local government to work together for all students’ sake. 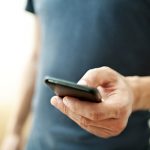