According to ABS-CBN’s MJ Felipe, Matteo received special recognition, letter of commendation and scout ranger replica for being an outstanding student among 97 students in the class and obtaining the highest grade of 95.20%.

The 29-year-old actor also received a medal honoring his volunteerism initiative in clean-up drives in some of the schools in San Miguel Bulacan, distribution of school supplies and being an inspiration to the youth.

Present during the ceremony was Matteo’s girlfriend Sarah Geronimo, his parents, and siblings.

In another Tweet by the ABS-CBN showbiz reporter, Matteo was seen hugging his parents as well as girlfriend Sarah after he received his awards.

TV5 showbiz reporter MJ Marfori said Sarah became a VIP guest at Matteo’s graduation. She even sang one of her first hits, “Forever’s Not Enough,” to serenade Matteo and his fellow graduates.

Sarah and Matteo’s family threw their all-out support for him in his training. Recently, photos of them visiting Matteo inside the camp circulated online.

Matteo has officially joined the Philippine Army as a reservist last April. He cited his love for the country as the reason for joining the army.

“I officially joined the Philippine ARMY today because I love my country. I would like to thank the people that have been very supportive. Exciting times ahead,” Matteo said.

According to Brig. Gen. Wilson Gonzales, commander of 1st Scout Ranger Regiment, Matteo is the only Army Reservist who asked to be enlisted in the leadership development course.

“This started few months ago when he visited us then he asked what is a Scout Ranger… He is really interested and asked if he can join the training,” Gonzales earlier said. 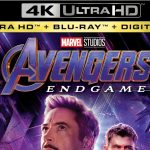 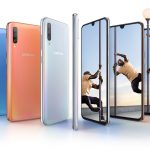