On September 3, 1945, General Tomoyuki Yamashita, along with the Japanese soldiers that he was leading, finally surrendered, several weeks after Japan’s surrender on August 15, ending World War II. During the time before he surrendered, he retreated up north near Ifugao Province and held his position there. After his surrender, he was convicted of war crimes and was executed in 1946.

President Rodrigo Duterte has declared September 3 as a Special Working Holiday to commemorate this event. Under Republic Act No. 11216, it reads:

“September 3 of every year is hereby declared a special working public holiday throughout the country, in commemoration of the surrender of the Japanese military forces led by General Tomoyuki Yamashita at the American High Commissioner’s Residence in Camp John Hay, Baguio City.”

The said Republic Act was signed and and approved on February 14, 2019. The only difference with other holidays declared is that this is a “Special Working Holiday,” but what does that mean?

From a post made by the National Wages and Productivity Commission, when a day is declared as a Special Working Holiday, it means that offices and schools would still operate on that date, and there will be no additional pay for any employee that will go to work on the said date.

The declaration is a nice reminder of a part of Philippine history, where one of the most famous names in the war is involved, but hopefully the announcement did not confuse anyone. 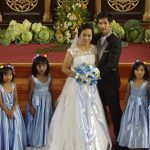