Manila, Philippines – Following the news regarding patients that were tested positive of the COVID-19 virus in the country, the number had started to rise slowly, with all confirmed cases found within or near Metro Manila. As of this writing, the number of confirmed cases has reached 52, while the number of cases that are still being tested is at 33, based from a report coming from the Department of Health.

On March 12, 2020, President Rodrigo Duterte has addressed the country through a press conference and has announced that Metro Manila will be placed under “community quarantine” to prevent further spread of the virus. In this same announcement, the response alert level has been raised to Code Red, Sub Level 2.

The community quarantine is said to start on the midnight of March 15, 2020 until April 14, 2020. During this time, it is said that land, air, and sea travel to and from Metro Manila will be prohibited, though it was clarified after the press conference that those that work inside Metro Manila but resides outside will be allowed to travel, and that movement of goods will not be affected.

Incoming travelers that came from countries with confirmed cases of the COVID-19 virus will be restricted, except for Filipino citizens and those that hold a Permanent Resident Visa and Diplomat Visas. 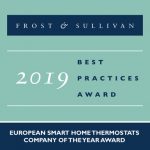 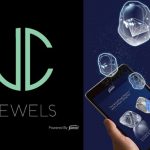