The Miss Universe beauty pageant is one of the most anticipated events every year. It was first held in 1952 has been happening annually. Representatives from different countries would compete to be able to attain the coveted crown and the whole world would be watching, cheering their country on.

Not to be outdone, other countries are now preparing for the upcoming Miss Universe 2019. The location where the next pageant is still not decided, but Steve Harvey will be hosting the event once again for the fifth time.

Venezuela has been consistent with sending their own representatives and this year is no exception. In the recently concluded Miss Venezuela 2019 in August 1, 2019, Lulyana Thalia Olvino Torres, who represented Delta Amacuro, will be the one to go to the Miss Universe pageant.

Thalia Olvino, born on May 19, 1999, was born in Venezuela with a father that is of Italian and African descent. She is a model and is studying Management and Administrative Sciences at Universidad Technologica del Centro in Guacara.

Congratulations to her for winning the title of Miss Venezuela 2019, and we wish her luck in this year’s Miss Universe competition. 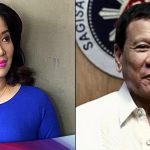 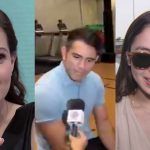