The most highly-anticipated event in the world this year – the Miss Universe 2019 – is just around the corner. As always, different beauty enthusiasts are already sharing their top picks to win the crown.

It seems that for the so-called largest group of beauty enthusiasts Missosology, Gazini Ganados of the Philippines is its “top pick” to get the crown this year.

Just recently, it has published its third and final batch of “Hot Picks.”

Meanwhile, the candidate who placed second on the list is the one from Colombia, Gabriela Tafur Nader, a lawyer. Missosology tagged Nader as Ganado’s “fiercest rival” at present.

The group explained why Gazini seems to be at the forefront of the race. One reason is because her popularity “soars high.” Another one is that the group saw the girl’s determination to bring home the bacon this year and make a back-to-back win for her country.

“Although the pressure is very evident to produce a rare back-to-back feat for her pageant crazy country, Gazini seems unfazed,” said Missosology.

“It seems like she is taking everything one day at a time, and is always enjoying the moment,” said Missosology. “However, once the competition mood is switched on, she is simply unstoppable.”

The Fil-Palestinian queen’s look is also among her strongest assets, according to the group. In fact, it is calling her “one of the most facially beautiful Miss Universe Philippines.”

Meanwhile, Miss Thailand Paweensuda Drouin – who was at the top spot in the first batch of “Hot Picks” – ended at number three.

To date, the Philippines has earned four crowns thus far.

The coronation night for Miss Universe 2019 will be on Dec. 8. It will be held in Atlanta, Georgia. It will be aired live via broadcast on Dec. 9 at 9 a.m. Manila Time through ABS-CBN. 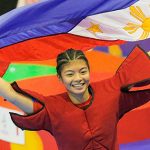 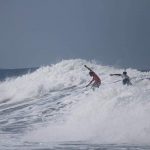