Duterte said in a recent interview that travel time from Cubao in Quezon City to Makati City could be reduced to just five minutes.

“You don’t have to worry about traffic. Cubao and Makati is just about 5 minutes na lang,” he added.

However, a vehicle can get to Edsa corner Aurora Boulevard from Edsa corner Ayala Avenue, a distance of 15 kilometers, in five minutes if it is traveling at 180 kph but the speed limit on Edsa is just 60 kph.

Reporters asked Presidential Spokesman Salvador Panelo what’s the concrete plan of the president regarding the issue.

“Surprise! He has something on his sleeves,” Panelo said.

Now that the both House of Congress are dominated by pro-administration lawmakers, there is the possibility that the 18th Congress can now grant Duterte an emergency powers to solve Metro Manila traffic.

“Congress knows what is the problem so it should know what to do to respond to the situation. After all, they are there, just like the President, to serve the Filipino people. And that includes putting the riding public in a convenient situation,” Panelo said.

MMDA Edsa traffic chief Edison “Bong” Nebrija said Task Force Cubao-Makati (CubMA) was created amid the recent pronouncement of President Rodrigo Duterte over the weekend for travel time from Cubao in Quezon City to Makati City be cut to five minutes by the end of the year.

“Alam niyo naman po lahat ng pronouncement ng Pangulo, it becomes a directive and a mandate not only to MMDA but to all government agencies,” Nebrija said in a radio interview on Monday. 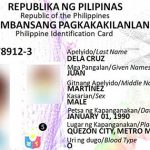 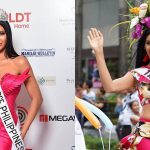