Manila, Philippines – The forms of entertainment that we use keep on evolving with every change in technology that we have. From free TV that we get, and then switching to cable TV, the latest trend nowadays are streaming services. Such services like Netflix and Apple TV allows a person to get the show or movie that they want on demand and they only need to pay for a subscription.

All shows and movies in the Philippines are checked by the Movie and Television Review and Classification Board, or MTRCB. The board reviews all movies and shows that are shown locally and they decide which age group said show or movie would be appropriate to.

Said rating can be from General audience, which is fit for all ages, up to R-16 and R-18, which restricts said shows to not allow anyone below a certain age.

From an article by Rappler, MTRCB Chairperson Maria Rachel Arenas has said that they can only rate TV shows and movies with the current law, and most of the streaming services right now are based and registered outside the country.

This was said during a Senate meeting regarding the review board’s 2020 budget. It was then also mentioned by Arenas that the services like Netflix and Apple TV outsource their reviews and they wish instead that they have MTRCB do the reviews instead.

Senator Win Gatchalian had similar sentiments and he also wishes that review boards such as MTRCB look into what can affect a person’s mental health when giving their rating.

He stated that the movie Eerie, which is currently being streamed in Netflix, might give the wrong impression to people regarding mental illnesses. 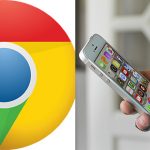 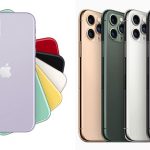