CHANGSHA, China, May 29, 2020 /PRNewswire/ — Aired in Mango TV, Mundane Glory is a series of short documentary that focuses on strivers who work on Chinese emerging industry. It has been aired in global platforms including Mango TV and Hunan Satellite TV since May 21st of this year. 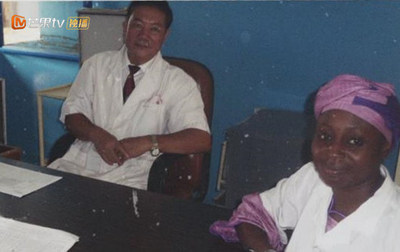 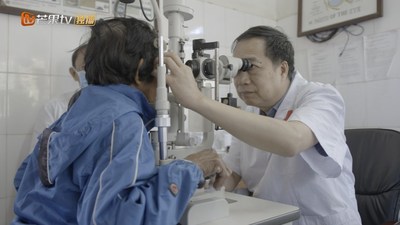 Dr. Zeng Siming is examining for local residents of Cambodia

In its third episode, Benevolent Healers, Anthony Morse went to the People’s Hospital of Guangxi Zhuang Autonomous Region in China and Kampong Cham Province in Cambodia, telling the story of Chinese overseas medical aid through two doctors who have nearly 30 years of overseas medical aid experiences.

In 1990, Dr. Qiao Shihui went to Niger, West Africa from the People’s Hospital of Guangxi Zhuang Autonomous Region, and started his first overseas medical aid trip there at the age of 39.

His selfless act has made a great contribution to the unity and friendship between Chinese and African people. In December 2012, the selection campaign of the fourth ‘China-Africa Friendship Award’ was announced in the Great Hall of the People in Beijing, and Qiao Shihui’s name was on the list of successful candidates. He was the only representative from the national health care system among 10 prize winners and was grandly commended.

Witnessing the changes medical aid missions brought to people around the world, many more Chinese doctors follow Dr. Qiao’s footsteps and volunteer their time and expertise where they are needed most.

Mr. Zeng Siming is another doctor who brings hope and spreads bright and friendship in the documentary. He started volunteering medical aid missions since 1996, and his footprints spreads across Niger, Comoros and Cambodia.

Dr. Zeng joined the "Belt and Road" plan of eliminating cataract that causes blindness in Kampong Cham Province, Cambodia. Zeng and his team members have completed more than 6,200 cataract surgeries in Cambodia within two years.

Under Dr. Zeng’s guidance, the only two qualified ophthalmologists in Kampong Cham Province, Cambodia are now able to perform the phacoemulsification cataract surgery independently and help patients to regain vision.

Dr. Qiao and Dr. Zeng have shown us what "Benevolent Healers, Boundless Love" mean in practice. And many Chinese doctors like them are looking forward to bringing bright and hope to people of more countries.