ZHONGSHAN, China, March 31, 2020 /PRNewswire/ — Holding conferences and signing contracts via video conferences are the new measures adapted by Chinese cities, like Zhongshan, to tackle with the impact of COVID-19 epidemic. With the help of big data, cloud platform and other new technologies, Zhongshan is attracting high-quality investment projects by taking digital means to resume work and production and promote upgrading of industries, according to the People’s Government of Zhongshan Municipality. 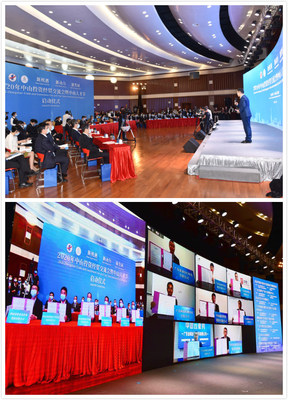 The 2020 Zhongshan Trade and Investment Fair and Top Talent Networking Zhongshan was held on March 28.

On March 28, 2020, Zhongshan Trade and Investment Fair was held in Zhongshan, attracting a total of 52 high-quality projects and nearly 55 billion yuan of total investment, including 19 projects with investment exceeding one billion yuan. The projects are mainly related to financial services, headquarters economy, biomedicine, intelligent manufacturing, testing and supply chain upgrades. The enterprises joined the conference and signed the contracts online.

The epidemic does not stop enterprises from investing in Zhongshan. A total of 41 projects were signed at the opening ceremony, with 38 of them signed via video conference, and three projects from TCL, Midea, and Mingyang respectively were signed on site. Key manufacturing projects accounted for more than 60%.

"We are attracted by the industrial advantages and investment environment of Zhongshan. We will put the headquarters of the west bank of the Pearl River of TCL Technology Group Corporation in Zhongshan," said Wang Cheng, CEO of TCL Group Industrial Holdings Co., Ltd. He mentioned that TCL will further strengthen the layout of its home appliances and equipment manufacturing industry at its Zhongshan base. The output value is expected to exceed 13 billion yuan this year and reach more than 20 billion yuan by 2023.

Zhongshan is located at the geographical and geometric center of the Guangdong-Hong Kong-Macao Greater Bay Area, nearby three pilot free trade zones, namely Guangzhou Nansha, Shenzhen Qianhai and Zhuhai Hengqin. The Shenzhen-Zhongshan Corridor is under construction. It will only take 20 minutes to drive from Zhongshan to Qianhai by the corridor. Guangzhou metro line 18 will lead directly to Zhongshan. In the future, it will only take 30 minutes from Zhongshan to CBD of Guangzhou," said Lai Zehua, Secretary of the CPC Zhongshan Municipal Committee. At present, Zhongshan focuses on replacing old growth drivers with new ones, by building development platform of Cuiheng New District, Huoju Development Zone, and Qijiang New City. By 2024, it will create a household industrial cluster, an electronic information industrial cluster, an equipment manufacturing industrial cluster and a health and pharmaceutical industrial cluster, worth of 500 billion, 300 billion, 200 billion and 100 billion yuan respectively.

Top Talent Networking Zhongshan also kicked off on the same day and will hold 13 activities with an aim to attract talents and serve enterprises. On the event, the city awarded five outstanding high-level talents from enterprises with 200,000 yuan each and two outstanding entrepreneurial teams with 2 million yuan each.

Lai Zehua said the Zhongshan Municipal Government will fully support high-level talents in Zhongshan to display their talents and realize their dreams, and sincerely welcome entrepreneurs and talents to invest in the city.

At the beginning of February this year, Chinese governments at all levels, including Guangdong province, have stated clearly to support the resumption of operation and production. By releasing 20 measures to support enterprises and holding the 2020 Zhongshan Trade and Investment Fair and the Top Talent Networking Zhongshan event, the city has shown a good trend of supporting enterprises’ development and attracting talents.

According to the organizer, the series of activities of the Fair start on March 28 and will continue to mid May. 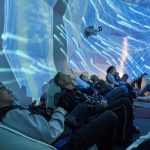 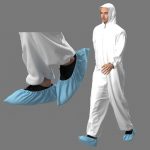