Based on the partnership, Netmarble EMEA will introduce innovative game operation technologies to their famous game titles currently available in Turkey through Forte’s open and easy-to-use blockchain platforms.

Forte’s blockchain platform is architected to be free, open, and work across any game platform. It leverages open source protocols like Ethereum and Interledger to facilitate the creation of in-game assets which players own and enable cross-chain transactions, respectively. As it matures, the platform will progressively decentralize into one that’s owned and controlled by the games community at large rather than any one company.

Netmarble EMEA, located in Istanbul, Turkey, has been leading the gaming industry in Turkey and MENA region through proactive cooperation with various game developers studios in both mobile and PC platforms.

It will release more detailed information on this partnership and upcoming innovations to its game line-up later.

About Netmarble EMEA
Netmarble EMEA is the leading games company of Turkey, the Middle East, and Africa regions with more than 50 million registered players. Netmarble EMEA has been publishing hyper-casual 2.0 games, working with the best indie developer studios in Turkey, Eastern Europe, and MENA region, while providing QA, marketing, localization, public relations, and IT services for successful games like Marvel Future Fight, Seven Nights and Lineage 2 Revolution. Netmarble EMEA supports development of gaming culture in the region by offering top-tier fun and socialization opportunities with one of the highest-traffic gaming portals in the region, www.joygame.com. More information can be found at https://www.netmarbleemea.com.

About Netmarble Corporation
Netmarble Corporation strives to entertain audiences of all ages around the world by providing great mobile gaming experiences. Established in Korea in 2000, Netmarble is one of the fastest-growing mobile game companies and consistently ranks as a top mobile developer and publisher worldwide. With more than 6,000 employees, Netmarble has been producing and servicing some of the most successful mobile games including Lineage 2: Revolution, Blade & Soul Revolution, MARVEL Future Fight, BTS WORLD, Everybody’s Marble, and Seven Knights. As a parent company to Kabam, a top mobile game developer in massively multiplayer free-to-play games, the largest shareholder to Jam City, a leading casual social game developer and a major shareholder of BigHit Entertainment, a music production and artist management company, Netmarble has a strategic partnership with CJ ENM Corporation, Asia’s largest entertainment company, Tencent Holdings, Asia’s largest internet company, and NCsoft, a prominent MMORPG company. More information can be found at http://company.netmarble.com 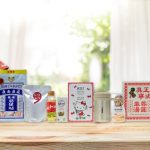