Global premium partnerships stand out with two global entertainment companies, YG Entertainment, which includes BLACKPINK, BIGBANG, and iKON and FNC Entertainment which includes SF9, AOA, and N.Flying, and MBC PLUS which airs “Weekly Idol,” one of the most popular Korean variety shows in the U.S. according to Parrot Analytics.

The channel joins a growing list of over 190 channels on XUMO, currently available in 45 million U.S. households via a network of smart TVs, mobile devices and streaming boxes.

“As Korean content draws even more global attention than ever, I am thrilled to announce that we have joined forces with XUMO, a global leader in the streaming media industry,” said June Park, CEO of NEW ID. She added, “We have created a one-of-a-kind channel that provides synergies between K-POP and Korea’s digital/broadcasting content with exclusive, premium programming that we believe will resonate well with millions of young XUMO viewers.”

XUMO was designed with content discovery in mind, offering hundreds of channels comprised of premium and digital programming that feature both LIVE and on-demand options across 12 genres. XUMO delivers its over-the-top (OTT) video-on-demand (VOD) and LIVE linear digital channels through a wide array of best-in-class content partnerships.

“The explosive interest and enthusiasm for Korean culture, and K-Pop in particular across North America, makes the launch of the NEW K.ID channel especially timely,” said Stefan Van Engen, SVP of programming and partnerships at XUMO. “Our young viewers will now have non-stop insider access to their favorite K-Pop performers and personalities—anytime, anywhere. We’re excited to add NEW ID to our roster of premium content providers, and to bring our fans even closer to the popular, global entertainment they love.”

Launched in 2008, NEW became well-known as one of the big three film distributors in Korea, which had produced “Train to Busan,” and “Descendants of the Sun.” After that, NEW ID (NEW Identifying Digital), a subsidiary of NEW, an Entertainment, Media and Sports company, was established in October 2019 to pioneer the markets in digital content and platforms for the next generation.

NEW ID aims to be the best media platform company in Asia, expanding its contents to the global digital market and practically enhancing the value of the Korean content in the global market using a variety of media technology solutions and UX strategies. It pursues to be a global distributor who increases the value of digital content, a brand booster who improves the importance and popularity of partners, and a strategic media institute that connects consumers with the digital world. Learn more about NEWID at: www.its-newid.com and follow @wearenewid on Twitter.

A pioneer in streaming television and media entertainment, XUMO offers over 190 digital channels of free premium programming across 12 genres, including Sports, News, Kids and Family Entertainment, Live Events, Comedy, Lifestyle, Movies, and more. The free, ad-supported service is available in 45 million U.S. households via a multi-screen distribution network of smart TVs, mobile, web and streaming boxes. XUMO delivers its over-the-top (OTT) video-on-demand (VOD) and LIVE linear digital channels through content partnerships with popular media providers such as CBSN, PeopleTV, NBC News, Food52, and HISTORY, as well the PGA TOUR, and many others. The company is based in Irvine, CA. Learn more about XUMO at: www.xumo.tv and follow @XumoTV on Twitter. 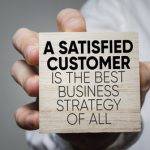 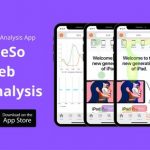