Manila, Philippines – 2019 was a remarkable year for OPPO in the Philippines. As per the recent Canalys report on the Philippine smartphone landscape, OPPO scored 27% total market share for Q4 of 2019, which reflects 44% year-on-year growth for the brand. Globally, OPPO shipped more than 30 million OPPO smartphones in the same quarter.

Additionally, the Philippines has seen a 28% increase on the total smartphone shipments during the 4th quarter of 2019, showing how strong the mobile industry is in the Philippines.

As per Canalys’ recent report about Philippine’s Top Smartphone Vendors in Q4 2019, also shared via this Tweet: twitter.com

“The Philippines is a key market for OPPO in Southeast Asia. We’re extremely happy to have achieved such a feat, considering how young OPPO is in the Philippines. With such a competitive landscape dominated but many strong and well-established smartphone brands, we are truly humbled to know that we are very much loved and trusted by the Filipinos,” shares OPPO Philippines Marketing Director Raymond Xia.

2020 will be an even more interesting and exciting year for OPPO. OPPO is officially releasing its latest flagship smartphone, the Find X2, which is slated to launch in Barcelona, Spain side-by-side the Mobile World Congress 2020 in February 2020. Find X2 is said to promise unparalleled technological innovations which will include the recently unveiled teasers on the “revolutionary” smartphone screen.

The smartphone brand also remains steadfast in providing the best and the latest technology innovations beyond smartphones as it recently announced its plan to expand its product portfolio to IoT. Last October 2019, OPPO released OPPO Enco Q1, wireless noise-canceling headphones. It is also the first OPPO IoT product released in the Philippines.

To know more about the latest news and updates about OPPO, visit its official website at www.oppo.com.ph or its official Facebook page at OPPO Philippines.

Also read: Fitbit is Bought by Google for $2.1 Billion 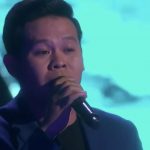 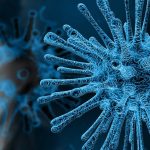